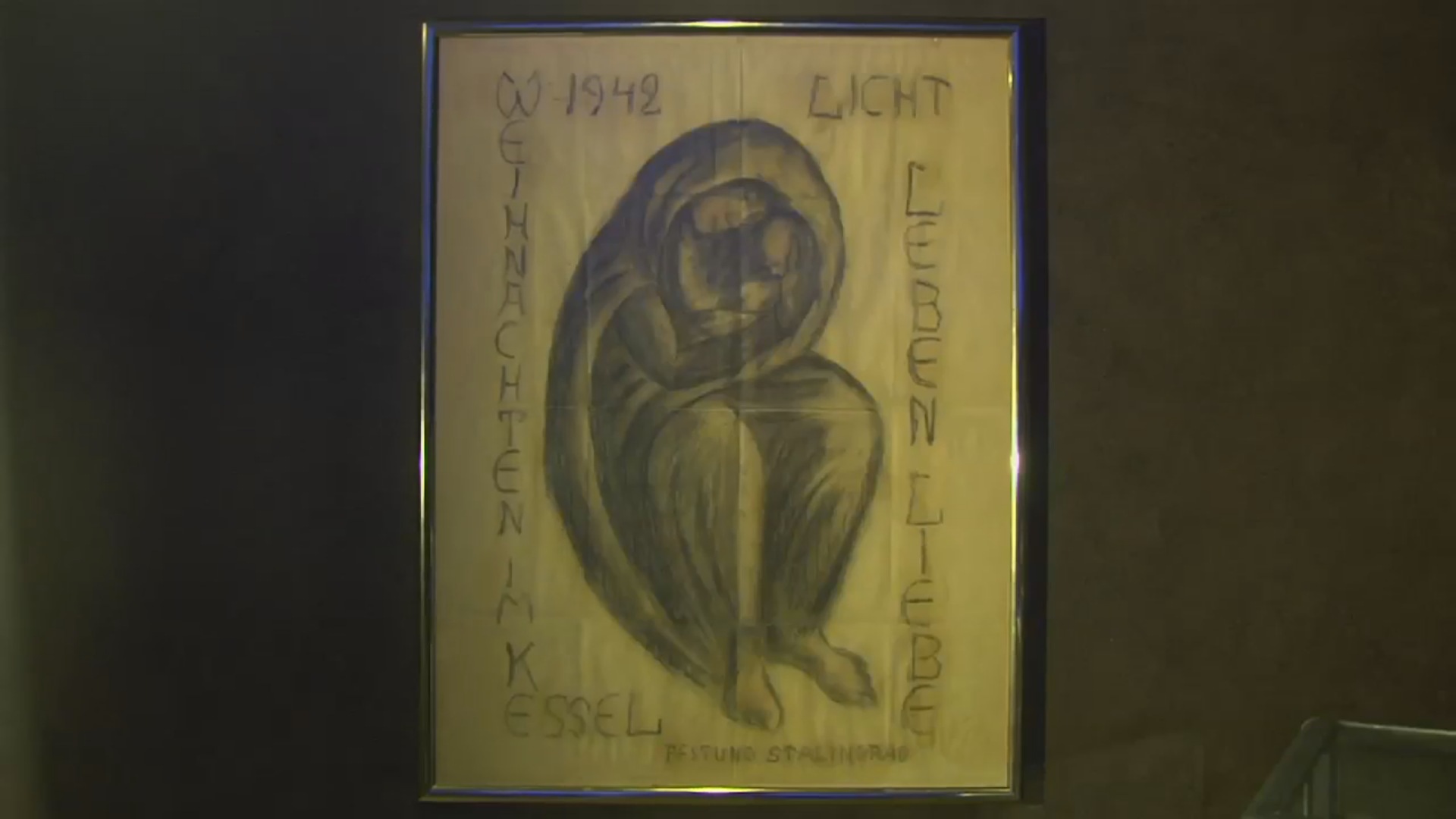 Docu-drama from Peace and Reconciliation cycle – “We have no right to forget. But we have to learn how to forgive”

This prize-winner film was broadcast by Western TV channels (sampling Austrian-Swiss K-TV and Hong Kong Catholic TV channel). In February 2015 it opened a session of the World Interfaith Harmony Week in Brussels 2015, at the European Union info center.

The docu-drama has nothing to do with pacifism. It presents another view on War and Forgiveness between nations and denominations. The story is tragic to its extreme but full of hope.

On Christmas Eve of 1942, Kurt Reuber, an artist, Protestant pastor and Wehrmacht soldier, paints an icon, in a tank cut near Stalingrad in Russia. The icon was named Stalingrad Madonna combining in an unthinkable way the names of Our Lady and Stalin. It was announced a symbol of reconciliation in 1991 by bishops of cities fully destroyed in the II World War – Berlin (Germany), Stalingrad (Volgograd, Russia) and Coventry (UK). The bishops presented three Christian denominations – Catholic, Protestant and Orthodox.

Fragments from war letters and the diary of Reuber go accompanied by music of war as the new generation understands it – music of the world-known Swedish rock-groups Nightingale and Sabaton.Unique video and photo archives of the II World War, drawings of Kurt Reuber from private collections and museum rarities are used in the film.