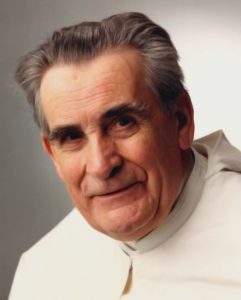 Aid to the Church in Need has been helping the Orthodox Church in Russia ever since 1992, in response to the wishes of Pope John Paul II. As recently as 2007, Pope Benedict XVI thanked representatives of ACN in a private audience for their commitment to dialogue with the Russian Orthodox Church and urged them to continue along this path. The late Patriarch Alexey II, who died on 5 December 2008, had likewise given his personal blessing to the dialogue with the Russian Orthodox Church and had frequently reiterated this blessing over the course of the 16 years of their subsequent collaboration.

Blagovest-Media continues the mission launched by Fr. Werenfried van Straaten (photo on the right), the founder of ACN, and works in strengthening the dialogue between the Russian Orthodox and the Catholic Churches through the mass media.