Social service of the Churches-sisters 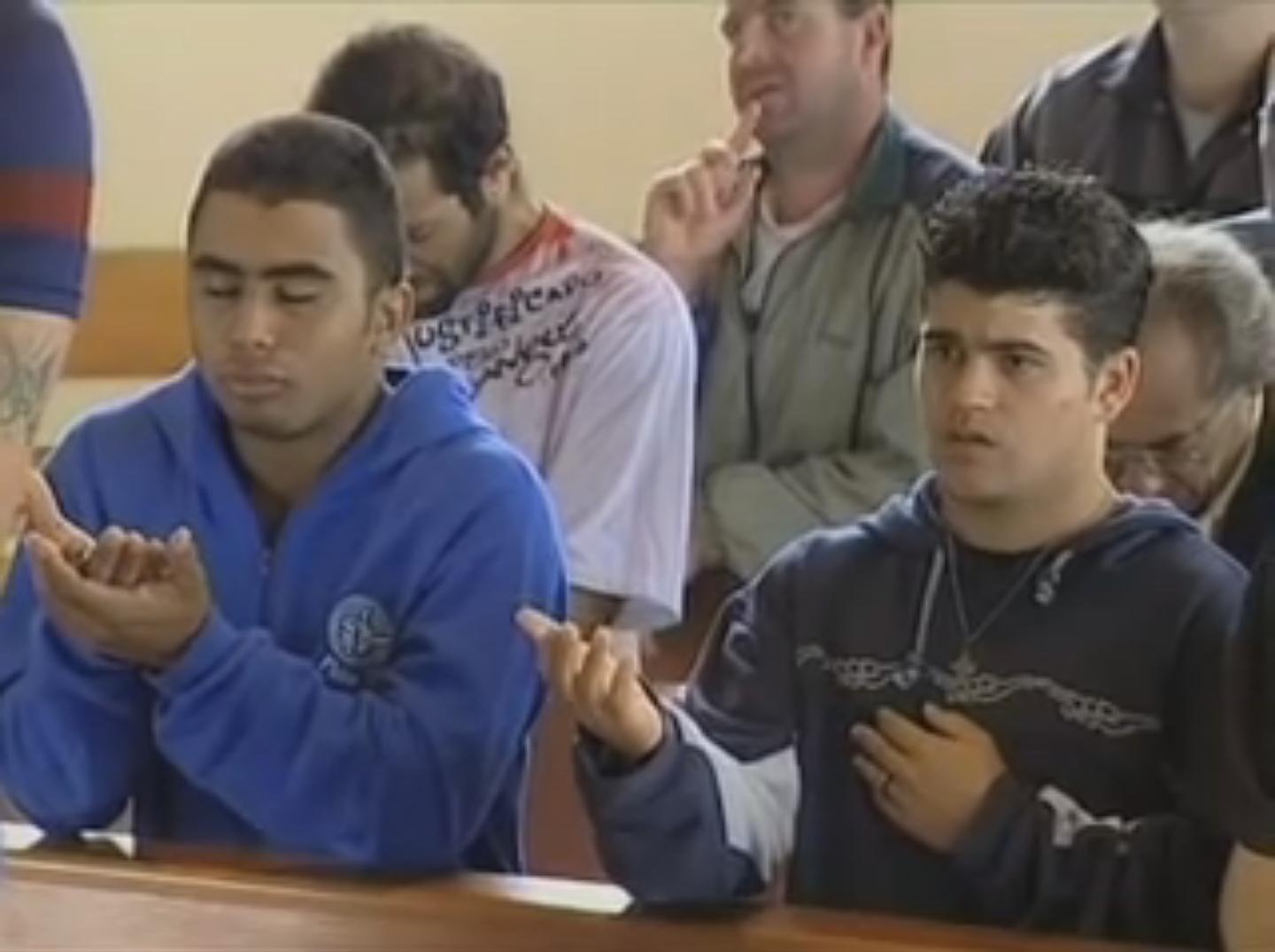 Open the Doors of Mercy to Me

Language English
Year of production 2003
Duration 30 min.
The film is dedicated to the unique phenomenon, more social than religious. In a small town lost in the Ural steppes a common parish priest adopted 53 children. In this historically poverty-striken region Russian perestroika left deprived thousands of people. The Moscow seminary graduate Fr Nikolay Stremsky came here as a missionary. He took orphans and children whose parents refused from them, he took homeless and children of alcoholics. Also Fr Nikolay founded House of Mercy where he admitted about 30 homeless old women. How this family lives – the biggest in Russia and probably in Europe, how the parish lives that now builds main cathedral, main for the whole region, it is a miracle possible only in Russia.
The film is awarded at the International film festival at Niepokalianov (Poland) and by the special award of the Patriarch Alexy II

I have come to save not the righteous but sinners

Language English
Year of production 2004
Duration 28 min.
The documentary is filmed in a town where Dostoevsky spent his last years. There he wrote his most famous novel “Brothers Karamazov”. It may sound strange but in about 100 years little has changed in this town. It remains a provincial little town and symbolizes the old Russia.
But reality of today brings hard social and psychological problems up high. Following Dostoevsky’s novel the documentary raises eternal questions of faith, love and human existence that moved to the new reality. Authors of the film seek answers in a clinic for alcoholics, in a prison specifically for murderers, and in an orphanage. These questions are sharp and vital in such places where no TV is allowed to film.

I met God in the Dark

Language Russian. Voiced to English
Year of production 2005
Duration 26 min.
The film is the part of a huge project dedicated to the heaviest plague of our times – drug-addiction – is started with parallel documentaries – “I Met God in the Dark” filmed in Russia, about a sole priest that without any support from the state began the healing with work and prayer. It is awarded by the Critics’ union at the SIGNIS festival in Belarus’ in 2006. The second one is filmed in Brazil and presents the solution of the same trouble in the communities called fazendas founded by a German priest Hans Stapel. Catholic and Orthodox Churches prove that in their social mission they go the same ways.
Former drug addicts, their mothers, representatives of the state bodies on drugs’ problem and the main hero of the film Fr. Sergiy reflect about all this. It is a film-reflection, film-confession, different from TV reportages, in spite of the unique criminal video archives.

Language Portuguese. Voiced to Russian and English script
Year of production 2007
Duration 54 min.
Film tells a story of creation of the rehabilitation spiritual centers through destiny of their heroes: father Hans, Nelson Giovanelli and the first recuperates. The spiritual way of different people has connected them in one point, at “Fazenda of Hope”, which has become the essence of their life and service. The style of the film is typical for aesthetics of «Blagovest-Media’s» works: through an image, a metaphor, hidden presence of a prayer the producers trace almost twenty years’ history of Fazendas.
What does the Faith bring to a person — even apparently most hopeless and despaired? What happens to a stray and embittered soul if it feels a touch of the Lord? How does God’s Earth, its sense, beauty and pleasance open not only to the ones, who went through the hell of drug addiction, but also to everyone who has come to help sufferings? How thousand human lives, involved in the sphere of “Fazendas of Hope”, have been rescued? Authors and heroes of the film try to answer these eternal questions.

Faith is dead without deeds: work of Aid to the Church in Need in Russia

Language Russian
Year of production 2009
Duration 27 min.
Fr. Werenfried van Straaten, Dutch Catholic priest and founder of “Aid to the Church in Need”, is one of the brightest personalities of the Christian Church in the XX century.
He started his mission immediately after the II World War with the call to help those who were former enemies. He was certain that the spiritual and caring help to afflicted is the same important as the material help. And to donators it opens the way of personal address to the Lord, soul salvation and fidelity to the Church. His idea was to help Russian Orthodox Faith to grow through the gift of generosity and the interest of our benefactors.
Today the charity “Aid to the Church in Need” has representative offices in 17 countries. The charity works thanks to the donations of hundreds of thousands Christians, Catholics mainly. The majority of donators are not exuberant in means but they donate to those who have less.