Cross or Sword? Docu-drama (from Peace and Reconciliation cycle) 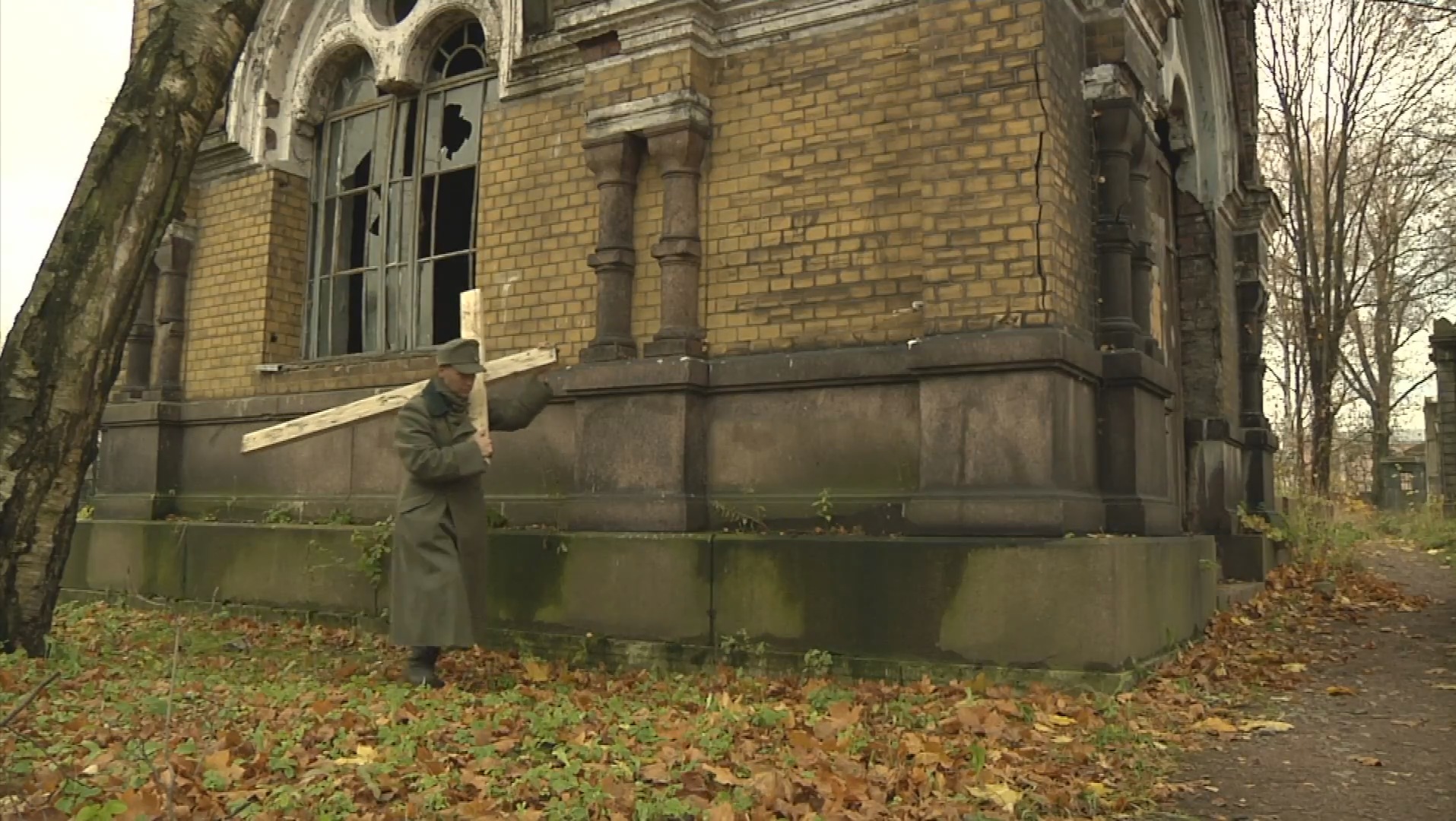 Two great symbols in the human history — the Cross and the sword meet. The Cross does not stop wars but in the end, often against our will, brings you to salvation. Basing on unique and unknown video archives, the film depicts how after each blood-full war people literally turn to the Cross.
The Aachen cross was made in 1946 and till now there are people who carry this 150-kg cross along the German cities. The Coventry Cross in England, although compiled from two burnt black ugly pieces of wood, became a symbol of reconciliation. Totally unknown nowadays, the pilgrimage of crosses of 1946 in French town of Vezelay…. Then all nations, winners and victims, having realized that they were to live in Europe ruined by war, made this pilgrimage of penance bringing wooden crosses to the ancient cathedral. In those times, in 1946, Europe could be united as the Christian continent, totally different to what happened later, 20 years after.
In the «Cross or Sword?» docu-drama, for the first time the stories of Wolfgang Borchert, classic of German literature and the top man of expressionism, were televised. A German soldier of the II World War as any human being, goes his way to the Cross.