Blessing from the Holy See 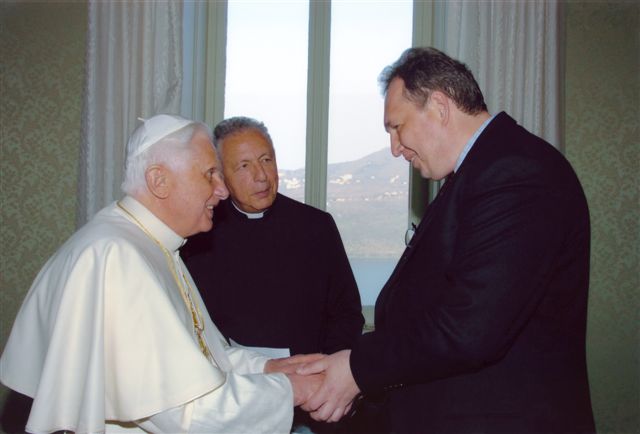 In April 2007 Pope Benedict XVI received Nick Goryachkin, director of Blagovest Media International, in his residence at Castel Gandolfo and blessed the activity of assisting the dialogue between the Catholic and Orthodox Churches, propagating common Christian values and developing a Christian mass-media network. 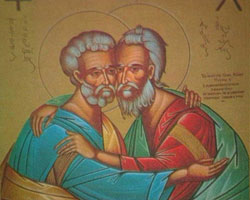 …Russia is truly great, in a variety of different ways — in her sheer geographical scale, in her long history, in her magnificent spirituality, in her multiplicity of artistic expression. During the past century the horizon of your noble land… was obscured by … suffering and violence, shadows that were … overcome by the splendid light of so many martyrs — Orthodox, Catholics and other believers, who perished under the oppression of ferocious persecutions. The love of Christ even unto martyrdom, … reminds us of the urgent need to restore unity among Christians, a duty to which the Catholic Church feels herself to be irrevocably committed. Both the Catholic Church and the Russian Orthodox Church are moving in this direction.