A new way to Christian Unity 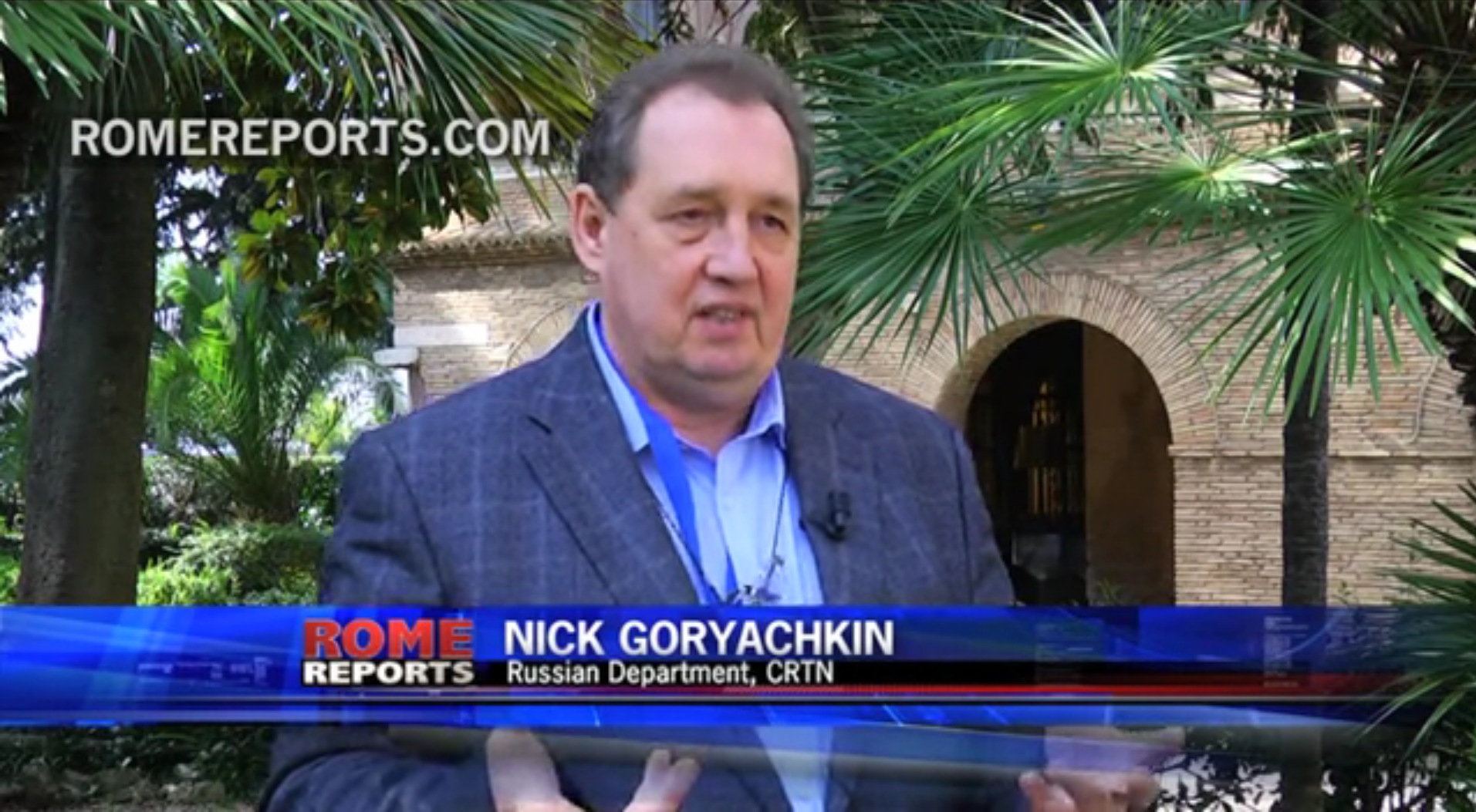 Catholic Radio and Television Network: A new way to look at Christian unity through shows

Catholics and Orthodox may not have the same Pope, but they can still enjoy the same Christian TV shows.

That’s where the Catholic Radio and Television Network comes in. It’s an online platform where producers can find and use Christian content in Spanish, English and Russian.

In the late 80’s Russia played a key role in making CRTN a reality. Twenty five years later, it now has its own online platform, offering content to its sister stations, through the umbrella of ecumenism.

NICK GORYACHKIN
Blagovest Media Director
“We are the model for dialogue between two Church sisters. What John Paul II said, we’re two Church sisters, we have to be above the contradictions.”
So with a network of producers from all over the world, CRTN says one of its main goals is giving and publicizing high Christian quality content across the board.